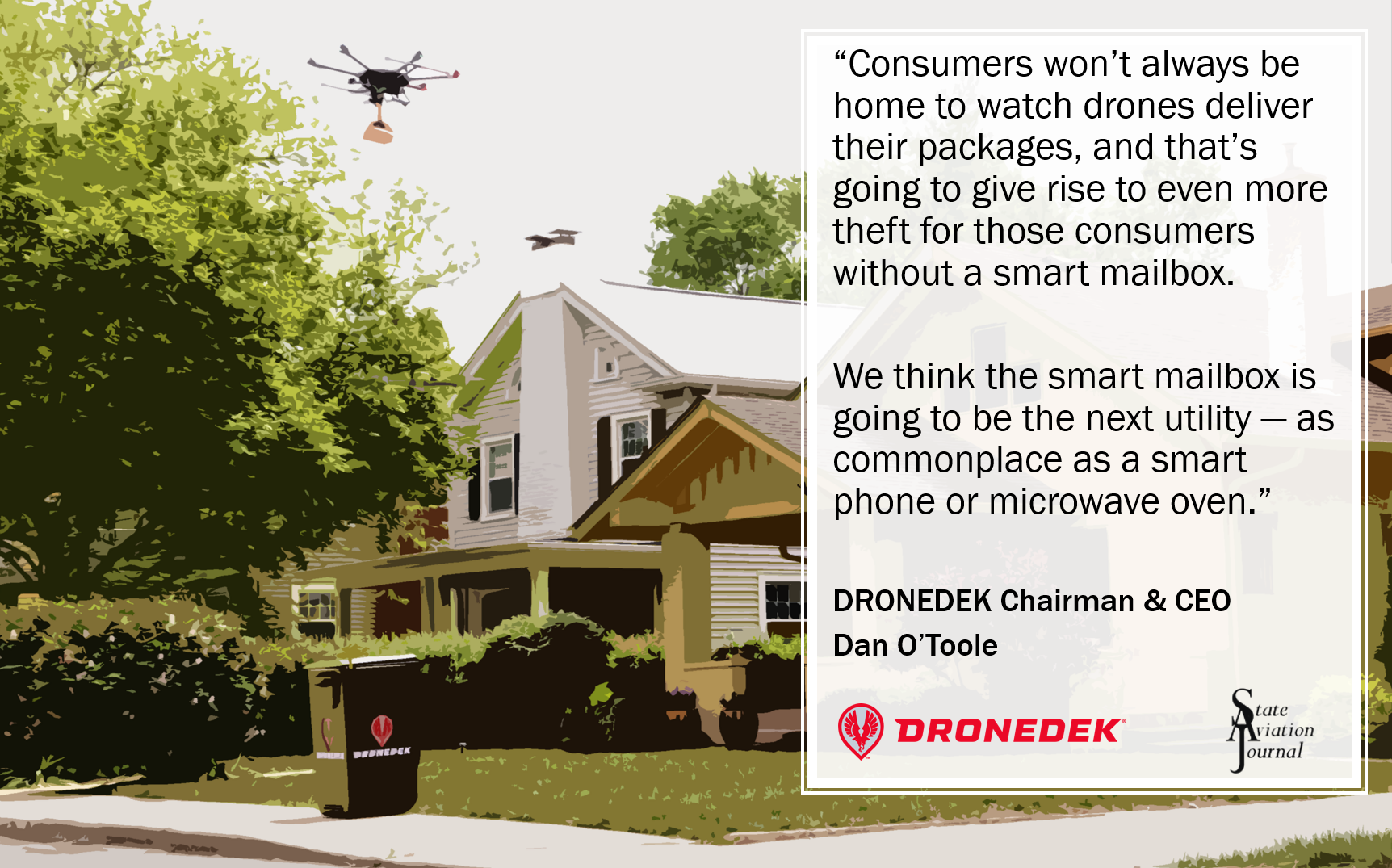 Experts are predicting the drone delivery industry – already gaining momentum outside the U.S. – is finally starting to build here at home. That’s great news for consumers, who, encouraged by the pandemic, are increasingly reliant on online shopping and its offshoot, package delivery.

Insider Intelligence predicted a 13.7% growth in U.S. eCommerce sales, reaching $908 billion by the end of 2021. Wing, Google’s drone delivery service, made more than 140,000 deliveries to customers in the US, Australia, and Finland in 2021. Others are also getting into drone delivery, and the drone delivery sector, which was valued at about $2 billion in 2020, is projected to reach $5.6 billion by 2026,

But few people are talking about where, exactly, those drones are going to be leaving those packages. If it’s in yards or near porches, what’s to stop the porch pirate trade? More than 210 million packages disappeared off American porches in 2020.

DRONEDEK, one of the first companies in the world to patent a smart mailbox designed for secure drone delivery, thinks of little else.

“Our technology is ahead of the market right now, but we’re going to see huge movement in the U.S. delivery-by-drone market next year as usage increases,” said CEO Dan O’Toole. “We’re ready for that and should have delivery of thousands of our smart mailboxes in Q2 this year.”

“Consumers won’t always be home to watch drones deliver their packages, and that’s going to give rise to even more theft for those consumers without a smart mailbox” he predicted. “We think the smart mailbox is going to be the next utility — as commonplace as a smart phone or microwave oven.”

The DRONEDEK mailbox also accepts traditional mail delivery and is destined to become an everyday utility service like power or water. The device is capable of keeping packages hot or cold; will alert users to package arrival; recharge drones; and even serve as an emergency alert if necessary. An app controls when the device is opened for delivery or retrieval and also controls its emergency alarm features.

DRONEDEK solves three of the most critical challenges of delivering packages in “the last mile” of the delivery route by: