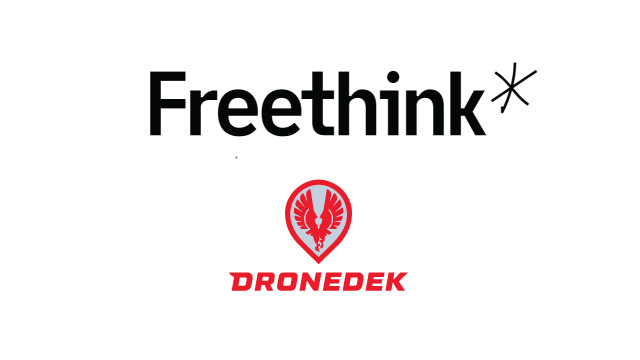 It looks a lot like a trash can and could stop porch pirates.

Indiana-based company DRONEDEK has developed a temperature-controlled smart mailbox that can automatically receive — and protect — packages delivered by drone.

“We’ve seen technology leaps in our computers, our vehicles and our phones,” CEO Dan O’Toole said in a press release. “It’s time that our mailbox catches up.”

Drone deliveries: Today’s residential mailboxes are basically identical to the ones that first cropped up in the U.S. a century ago: about the size of a shoebox and either fastened to the front of a house or mounted on a post near the curb.

Those are fine if all you’re receiving are letters and small packages delivered by hand, but Walmart, Amazon, and other retailers are all exploring the use of drones to deliver goods.

“We’ve seen technology leaps in our computers, vehicles, and phones. It’s time that our mailbox catches up.”

Today’s mailboxes really aren’t equipped to receive those deliveries, so right now, the drones are simply dropping the packages via parachutes into people’s yards — and that’s far from ideal.

Before the packages can reach the hands of their intended recipients, weather conditions or curious animals might destroy them — or bad actors might see and steal them (that’s already a problem with goods that are left on porches because they don’t fit into standard mailboxes).

The idea: DRONEDEK has now developed a smart mailbox for drone deliveries.

It’s about the size of a trash can and is designed to communicate with delivery drones. When one arrives, the lid of the box opens so that the package can be lowered into it via a tether. After the drone releases the package, the lid closes.

The interior of the smart mailbox is temperature controlled and cushioned to prevent any damage to packages. When one arrives, the mailbox sends an alert to the owner. They can then unlock the receptacle to retrieve the goods at their leisure. 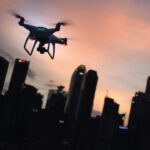 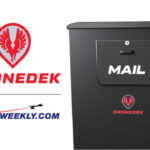 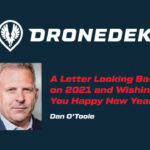