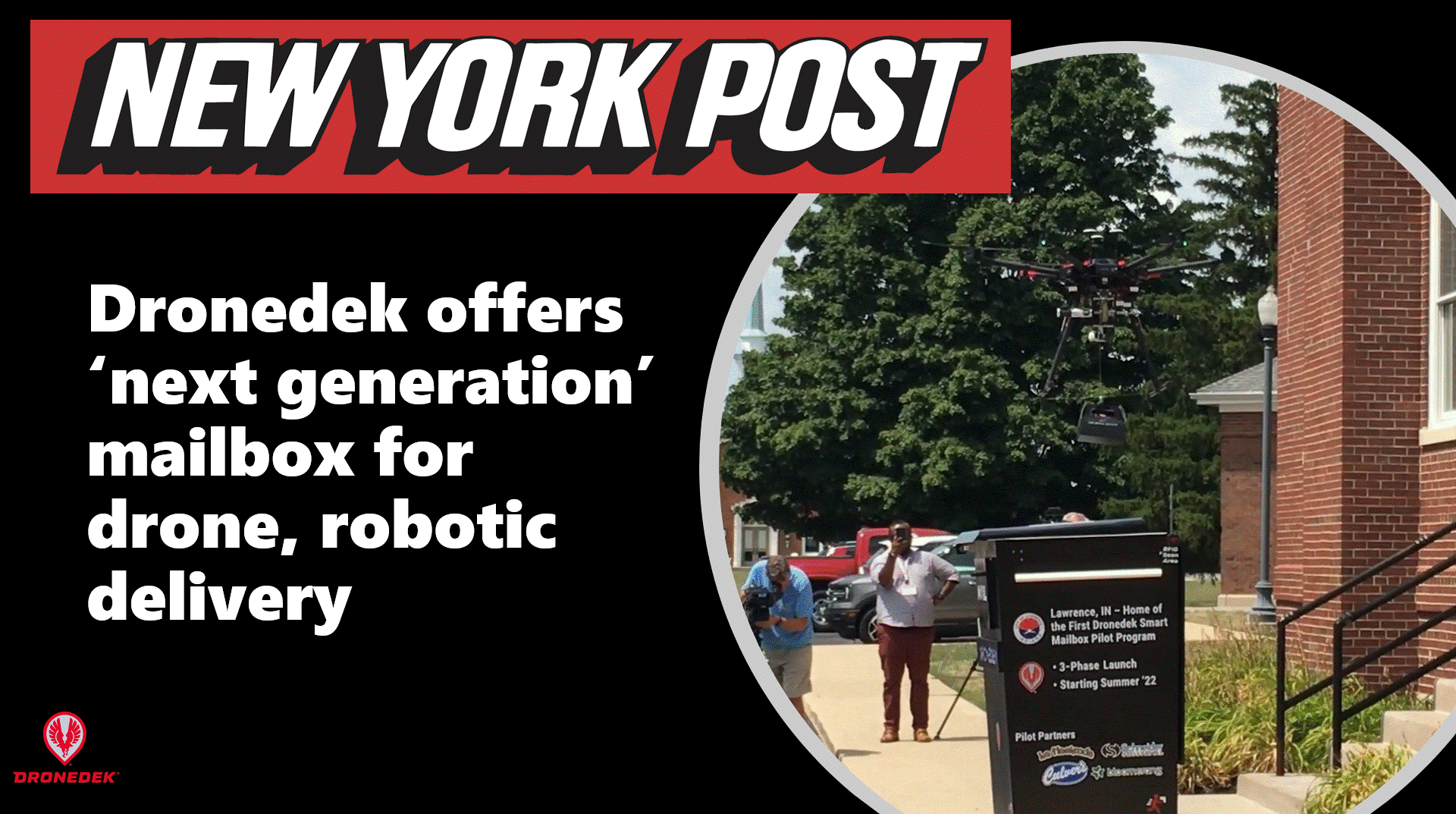 “This is the Dronedek, which is the next-generation mailbox,” said Dronedek founder and CEO Dan O’Toole, as he demonstrated the service outside a brick commercial building on a rainy day in Lawrence, Indiana.

Co-hosts Jones, Steve Doocy and Ainsley Earhardt marveled at the moment of innovation from the New York City studio.

There are smaller versions, he said, for residences.

The Dronedek consolidates “all delivery to one point, to include autonomous unmanned driverless vehicle delivery, robotic delivery, aerial drone delivery, as you can see here — as well as conventional delivery,” said O’Toole.

The audience watched as the top of the mailbox opened and the drone lowered a package on a cable into the container.

“So it tells the mailbox to open up. You drop the package down in the box and then the top closes,” said co-host Earhardt.

“It’s sending an encrypted signal right now. It’s authenticating the right drone delivery and the right item to the right Dronedek,” he said.

“Once [the package] hits the bottom, it releases the payload. It comes up clean. The drone will tell the Dronedek that the item’s been secured and the door will close. We’ll send a notification to you that your item is safe and sound.”

“We just welcomed the U.S. Postal Service yesterday, which made their first delivery ever to a Dronedek,” said O’Toole.