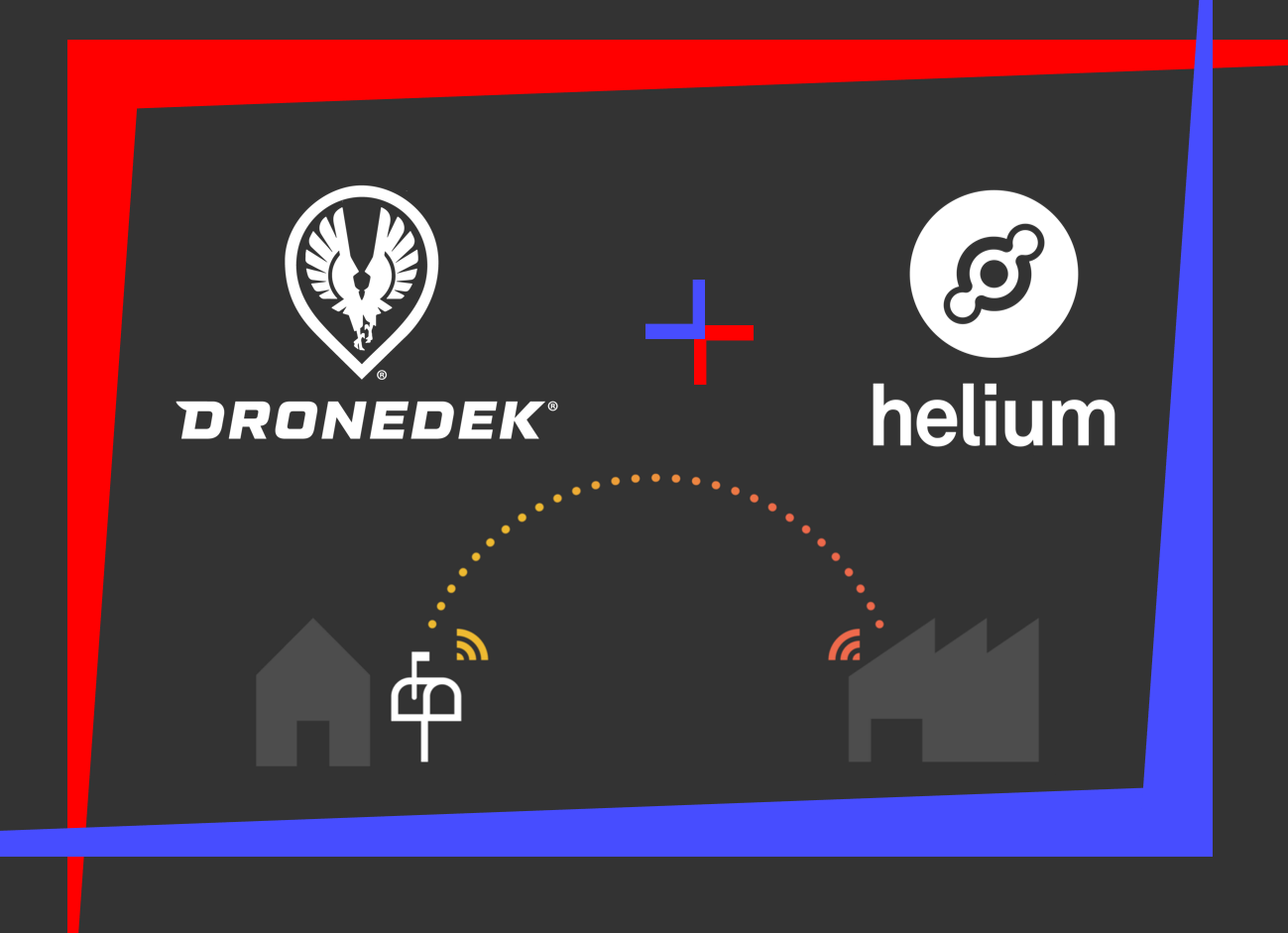 Dronedek, creator of the “mailbox of the future,” announced today that it is using the Helium Network to transmit sensor data for its drone-compatible smart mailbox system. Dronedek first used the Helium LoRaWAN network to monitor mailbox conditions during its initial municipal pilot program this summer.

“We see this as a perfect combination of two very forward-thinking companies, each focused on helping consumers with essential needs,” said Dronedek Founder and CEO Dan O’Toole. “The People’s Network is delivering the promise of the IoT. Our mailbox of the future ensures reliable, secure, efficient and eco-friendly package delivery. We’re happy to be helping them increase their reach as we grow.”

Originally designed to accept drone delivery, the Dronedek mailbox has since expanded to also accept traditional mail delivery as well as other temperature-sensitive deliveries such as food and medicine. The mailbox as a service (MaaS) platform is destined to become an everyday utility service, like other core infrastructures such as power or water. These smart mailboxes keep packages hot or cold; will alert users to package arrivals or pickups; can recharge drones and other electrical devices; and will even serve as an emergency alert if need be. An app controls when the device is accessible for deliveries and retrievals, as well as controlling the exterior lights and its emergency alarm features.

Dronedek smart mailboxes include Helium technology that will enable low-band wireless transmissions that can power low-band electronics. These smart mailboxes may also include Helium Hotspots that can connect Dronedek’s devices to the world’s fastest growing wireless network, with more than 975K Hotspots expanding Internet access across rural and urban areas in 185 countries.

O’Toole was among the first to secure patents on the smart mailbox, beating out Amazon and the United States Postal Service by days. Dronedek mailboxes solve three of the most critical challenges of delivering packages in “the last mile” of the delivery route by:

In the U.S. alone, more than 100 million packages are delivered daily to over 160 million addresses, with about 4,000 addresses added every day. An estimated 91% of those packages weigh five pounds or less, the typical target weight for drone delivery providers. The first iteration of the Dronedek smart mailbox is 30.6 Inch (Top) X 27.1 Inch (Bottom) X 49.9 Inches (Height) and can easily accommodate most packages as well as traditional letters and other mail. Dronedek sees a massive opportunity in upgrading traditional mailboxes, which have not been materially redesigned since the original design from 1858.

To-date, Dronedek has raised more than $7.5 million from more than 4,500 investors from all around the world to design, produce and distribute its smart mailboxes. The first municipal pilot program launched in August 2022, which was the first time that US First-Class Mail was delivered by USPS ground carriers to Dronedek smart mailboxes.

About Dronedek: Dronedek completes the last mile of package delivery with its patented smart, secured receptacle technology. See the mailbox and learn more at dronedek.com.