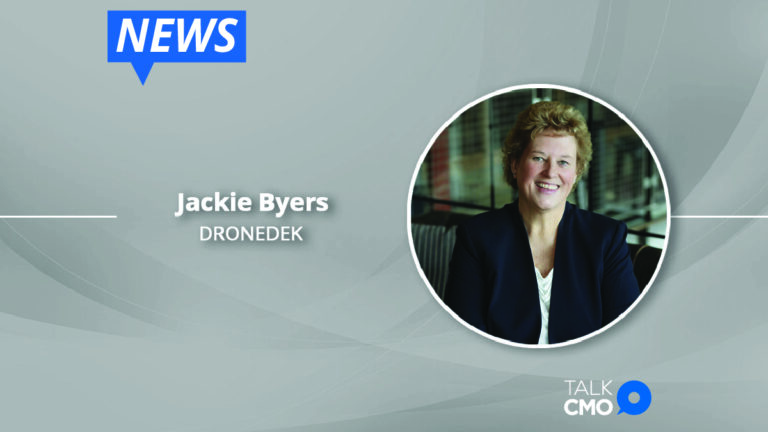 DRONEDEK, known for its “mailbox of the future,” announced today that it has appointed Jackie Byers its Chief Financial Officer (CFO).

“DRONEDEK is navigating more sophisticated and larger capital raises, and we need additional financial expertise and experience in those areas,” said CEO Dan O’Toole. “Jackie brings that in a big way. She has been a true partner to each of the companies she’s helped lead, and we are happy to have her on board.”

Byers is a graduate of the University of Notre Dame and has held several key executive roles for various private and publicly held companies. She was CFO at Centerfield Capital Partners, a private equity firm headquartered in Indianapolis where she led the finance function, accounting, audit and tax, treasury and insurance needs.

Prior to joining Centerfield, Byers served as director of financial reporting at Remy International, a global manufacturer, which was a U.S. Securities and Exchange Commission registrant. Prior to Remy International, she held various financial and compliance leadership roles at CNO Financial, also a public company. She was an auditor at PricewaterhouseCoopers for the initial 12 years of her career where she gained experience with merger and acquisition transactions and due diligence.

DRONEDEK, which has nearly 5,000 individual investors, recently completed its crowdfunding capital raise where it earned the distinction of being the highest pre-revenue valuation company to have ever successfully crowdfunded in the history of crowdfunding. Future financial activities under consideration include merger, acquisition, forming a special purpose acquisition company, an initial public offering or sale.  Having the right team members in place and that have been there before is important credibility for DRONEDEK to be able to leverage, O’Toole said.

Byers replaces Richard Ohrn, who had served as CFO and Treasurer.

“Rick is a great friend and served DRONEDEK exceptionally well as we grew,” O’Toole said.