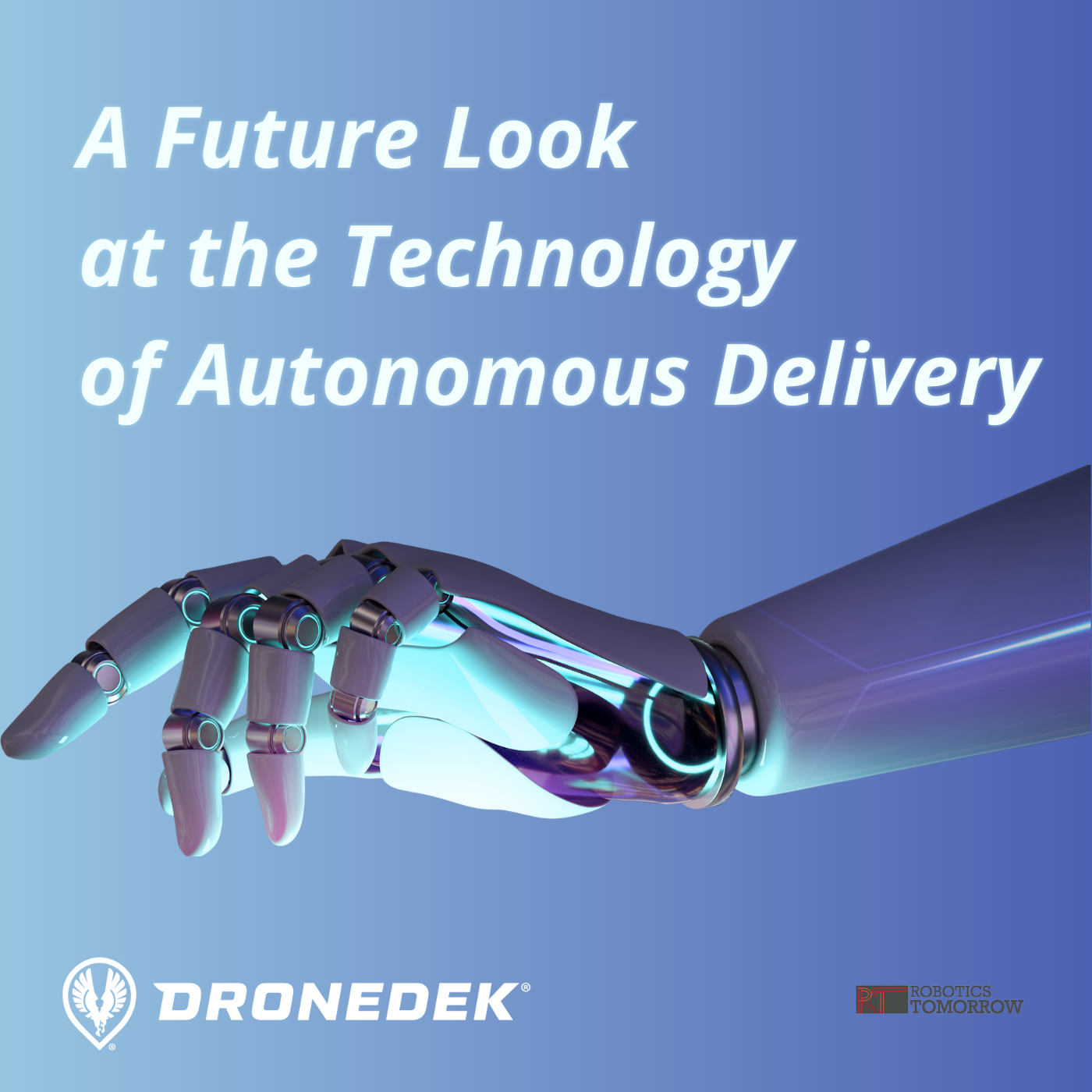 INDIANAPOLIS, Indiana – (December 16, 2022) – Nobody knows for sure where the future of any field may be, but we can still help shed light on where things are going. Regarding package delivery, the future looks high-tech, with autonomous delivery moving to the forefront. This brings uncertainty, skepticism, excitement, and anticipation to others. The more we can help paint the picture of how things will be, the better-prepared people will be.

“We have reached a place where consumers want things delivered better, faster, fresher and cheaper,” says Dan O’Toole, founder and chief executive officer of Dronedek. “Getting the most for the least is what it’s all about. Paying less, not having to leave, having the quality and freshness, right now, is where we want to be.”

Autonomous delivery will help the field get to where people want it to be. They want a system that is affordable, safe, reliable, and that works. Far too often, people have their packages go missing from their front porches. It’s a massive problem pushing even the skeptics to consider alternatives.

” I am so optimistic about the future,” adds O’Toole. ” Better, faster, fresher, cheaper are all metrics that deliver on the promise of autonomy.”

Dubbed the “mailbox of the future,” the device will help people send and receive packages securely and safely and provides privacy. Dronedek has raised $7.1 million, helping to bring the receptacles to market and launching pilot programs. The company has also recently announced several new partnerships across its MaaS (Mailbox as a Service) ecosystem, including drone provider Vayu Aerospace and network provider Helium.

To see videos of Dronedek in action, visit Dronedek: The Next Generation Mailbox and New Dronedek Smart Receptacle. To invest in the future of Dronedek and learn more visit the company’s StartEngine crowdfunding campaign page at startengine.com/Dronedek.

About Dronedek: Dronedek is one of the first companies in the world to focus on package security for traditional and autonomous delivery methods. The device will keep packages hot or cold, alert users to package arrivals or pickups, recharges drones and other electrical devices, and in times of need, can even serve as an alert to emergency response services. An app controls everything from when the device is opened for delivery and retrieval to its emergency alarm features. Dronedek is a company offering a new way of sending and receiving packages of up to five pounds each and is destined to become an everyday utility service alongside internet, power, and water. The device provides a safe, secure method of delivery that keeps the items in a patented receptacle. The receptacle offers complete protection from the weather and would-be thieves. The company was founded by Dan O’Toole, a patent holder and serial entrepreneur. The company is based in Indianapolis, Indiana.